Can you Keep a Secret?

My newest novel, Diego’s Secret is set for release by Cornbread Publishing in less than sixty days!  I couldn’t be more excited over my fourth novel. In fact, I am so excited for you to read it, that I’m giving copies of the book away.  Since you are already a member of the Reader’s Lounge, all you have to do to enter is say ‘I can keep a secret’.

I CAN KEEP A SECRET

Along with a copy of the book, you also have the chance to win a brand new Kindle Fire or a $10.00 Barnes & Noble gift card. 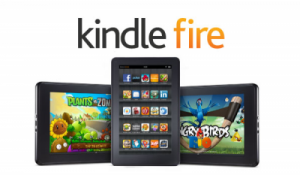 The Official Release date for Diego’s Secret is May 1, 2018

Diego’s Secret is about the stark truth of falling in love, combined with the heartfelt emotional impact you come to expect from author Bryan T. Clark. Diego’s Secret is a story of grief, unconditional love, and the search for what we all desire, a Happily Ever After.

Blurb:
When two men from different cultures meet, there may be sparks, but what about their values, principles, and social circles? Can love win over attitudes, judgments, and pre-conceived perceptions?

Eight years ago, at the age of seventeen, Diego Castillo came to the United States illegally from Mexico. Working long hours in the family landscaping business, he now shares a tiny apartment with his two machismo brothers in Southern California. Diego has worked hard to keep his desires for other men a secret from his brothers. He’s worked just as hard to keep his undocumented status a secret from the world he now lives in.

Thirty-two-year-old Winston Makena is beautiful, intelligent, and intimidating. He was born with a silver spoon in his mouth, but no amount of money can relieve the enormous grief he is suffering from his husband’s sudden death. He is one of Diego’s best accounts and lives a life in stark contrast to his gardener’s. Winston’s wealthy upbringing has influenced his ideas, leading him to certain biases.

Winston believes he could never love again. Diego believes that his family’s lives depend on him keeping his secrets. What neither of them know is that the heart knows no such boundaries. Will social divisions, ideology, and secrets destroy both their chances for happiness? Can love really conquer all?

Diego’s Secret is also now available for pre-sale at the low introductory price of just $2.99 from March thru April 2018.