Why I Wrote About LGBTQ Homelessness 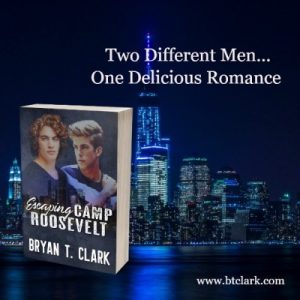 I was recently asked during an interview why I wanted to write this book and how did I choose the topic of LGBTQ youth homelessness?

The truth is, I didn’t pick it, it picked me. I’ve often said in other interviews, “my characters speak to me”. I don’t go looking for them. As I approach the completion of one book, there are times that I have no idea what it is that I’m going to write next, because no characters have come forward and spoken to me yet. Inevitably, by the time I am ready to start the next project, a character has shown up and wants their story told.

In Escaping Camp Roosevelt, it was Tucker who revealed himself to me first. This naïve young man, who has the weight of the world on his shoulders, caught my attention. At that time, I knew the book was going to be about LGBTQ youth homelessness. His story just came to me and he began to take shape as a young man taking care of his mother and sister, not ever knowing who his father was, and grieving the loss of his dream of playing professional baseball. He is a kid who has suffered disappointment after disappointment and been knocked down many times, yet keeps getting back up and fighting harder.

Initially, Dancer, the other main character, revealed himself to me more slowly than Tucker. Often times, he remained in the shadows as Tucker’s story unfolded. I knew who Dancer was, but I didn’t know the why of his presence in the story. He is a deeply private, emotionally wounded soul. There was one week during the first draft of the book that he stopped talking to me all together. It was in a pivotal scene in the book, where he was to reveal a part of himself that no one knew. I felt he wasn’t ready to be that vulnerable with me just yet. We worked around his hesitancy and during the third draft of the book, he finally shared with me the true reason for the why of his story.

Ironically, it was Dancer that got the opening scene in the book. The opening scene with him and Mr. Gerhardt was a deeply emotional scene that really set the tone for this story. Although Dancer revealed his true self to me late in the book, this scene had to come first. It was that important and I really wanted you, as the reader, to understand who he was right from the beginning.

Why did these two vulnerable guys reveal themselves to me? I believe that, in many ways, their stories mirror many aspects of my own life and the people in it. With this being the case, Escaping Camp Roosevelt was a very hard book to write.

Why was it hard to write? Well, my first goal is always to entertain you. How does one do that when the very subject matter is dark and unforgiving? As in all of my previous books, I always hope to create something that causes you to pause for a moment and examine the world that I’ve taken you to, a world that is not too far off from reality. Although my books are fiction, they do have elements of truth to them. In Escaping Camp Roosevelt, it brought up many feelings of my brother, who was homeless as a young adult. I know what he had to do to survive. In going deeply into that world, I wanted to go with the idea in mind of not just entertaining you, but also in having an outcome of making a tangible difference in someone’s life.

To achieve this, I’ve teamed up with Larkin Street Youth Services/Castro Youth Housing Initiative, a LGBTQ youth shelter in San Francisco, California. I have pledged to donate 100 % of the royalties from the first year’s sales of the book to benefit homeless LGBTQ youth. The money raised will go directly to their shelter, the Castro Youth Housing Initiative, a two-year transitional housing program for young people between the ages of 18 and 24, who identify as LGBTQ. 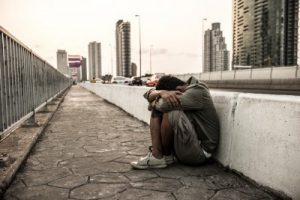 The Dalai Lama once said,

“We are visitors on this planet. We are here for ninety or one hundred years at the very most. During that period, we must try to do something good, something useful, with our lives. If you contribute to other people’s happiness, you will find the true goal, the true meaning of life.”

Escaping Camp Roosevelt is one of my attempts to do just that, to leave this world a better place than when I arrived. I hope you will join me on this journey. 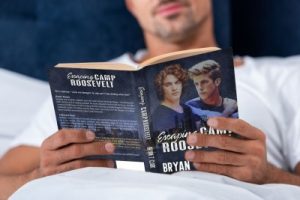 If you enjoyed this post, make sure you sign up for my newsletter, and never miss another blog again.